From the chocolate bar we enjoy with a cup of tea, to the train we travel on for a family day out, many famous characters from York’s past still influence the way we live today. They changed the world and made their way into the history books, and you can introduce your children to their incredible stories on a trip to York. Here are just some of the people that you can discover more about and our top tips for places that will bring them to life through fun experiences and hands-on activities. You’ll have so much fun that the kids won’t even realise they’re learning something!

Social reformers with a sweet tooth - The Rowntree family

Think York, think chocolate! Perhaps York’s most famous family are the Rowntrees, well known for their confectionary production and philanthropic ways. Not only did the Rowntree family enjoy international success thanks to Kitkats, Fruit Pastilles and other sweet delights, but they also took a stand against harsh working conditions and strove to look after their employees in a way that hadn’t been seen before. Today’s children will adore the two parks that were gifted by the Rowntree family to the city: Rowntree Park, with its ornamental pond, tennis courts, skate park, two play areas, cafe and much more, and Homestead Park with playground, pretty gardens, rock garden, wildflower meadow and pop-up cafe.

While the Rowntrees may enjoy more global fame, there are many other impressive characters in York’s chocolate history. Formidable Mary Ann Craven (1826 - 1900) took over two businesses after the death of her husband and father, keeping the city in humbugs and toffees while bringing up three children alone. We mustn’t forget to mention Joseph Terry (1793 - 1850), whose company gave the world the joy of the Chocolate Orange (and the less successful Chocolate Apple and Chocolate Lemon!).

If you’d like to find out more about York’s chocolate families - and even channel your inner chocolatier and make something sweet to take home - why not book onto a tour of York’s Chocolate Story.  Alternatively, pop along to York Cocoa Works where you can have a go at creating your own chocolate lollipop.

York is very well-connected by rail, so perhaps it’s no surprise that one of its famous forefathers is George Hudson, also known as The Railway King (1800 -1871). This Victorian visionary persuaded George Stephenson to run the line from Newcastle to London via York, shoring up York’s prominent position in the country’s railway network. At one time he controlled over 1000 miles of track, although some of his methods and practices were rather dubious and he ultimately fell from grace. Nonetheless, York was pivotal in the development of the railways and remains an important station today. Train-mad kids will adore the National Railway Museum (free to visit but pre-book in advance). It’s home to legendary locomotives and incredible stories of engineering and it’s must-see. Known as York’s umbrella, it’s a particularly good option with children on a rainy day.

Young fans of Horrible Histories will adore the fact that York has connections to two of history’s most notorious scoundrels: gunpowder plotter Guy Fawkes (1570 - 1606) who was born and educated in the city, and highwayman Dick Turpin (1705 - 1739) who was buried in York. Discover more about the darker side of York’s history at the York Dungeon (age 8+) or on a walking tour such as The Bloody Tour of York.

Sign up for news on events, festivals and special offers

Things to Do
Enjoying York from the comfort of your home: Binge York

Things to Do
Roadmap to Recovery - A Tour Operator's Perspective
Your Experience
#LoveYork: Welcome Back

Things to Do
Love Walking

Things to Do
York's Foodie Experiences 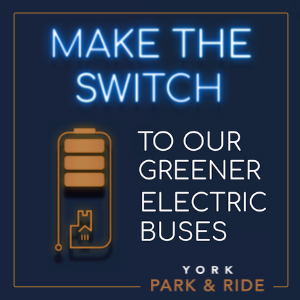 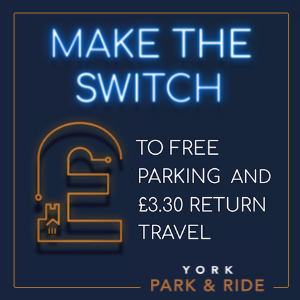 Visit our eshop to buy exclusive York gifts and merchandise.

Sign up for news on events, festivals and special offers